THE ‘70s
EFFETI was founded forty years ago, in 1976, born of the genius of its founder Giuseppe Tartari. After years of experience as a designer of power generators for a large company in the area, Tartari decided to go it alone and embark on a new and exciting professional adventure that still continues to this day. EFFETI initially entered the market as a manufacturer of electrical panels and electronic control systems managing the operation of power generators and then, after a few years and thanks to the skills and the experience gained over time, it began to produce its first generators in-house.

THE ‘80s
Leveraging the experience and deep knowledge of their product, towards the end of the eighties EFFETI decided to open up new market opportunities and started to bring its products and ideas to customers operating in specific areas such as the military, rail, marine, telecommunications sectors, in which the needs expressed by complex technical specifications are often real technology challenges. Thanks to the orders successfully filled for these very special customers, the company developed a strong awareness that every customer, from the largest to the smallest, is EFFETI’s most important designer and therefore all of its requirements, even the most particular, must always be met at any cost.

In the early ‘90s EFFETI launched the first power generators of the FS series intended for use in the railway industry, thus beginning a long and successful collaboration that continues to this day with the main manufacturers of rail cars as well as many national and international railway network managing companies. Given the complexity of the application of this power generator positioned in the underbody of the railroad car, the finalisation of this project allowed EFFETI to acquire considerable mechanical expertise and, by doing so, help the company to take a true leap forward in terms of technology knowledge.

Given its adamant conviction about the importance of ensuring its customers a product with high quality standards, in 1998 the company certified its quality system according to UNI EN ISO 9001. The transition to certifying its quality system was a natural consequence of a project started since day one by its founder; indeed, procedures, tests and audits in the production line were part of the established practice already in the early years of the company.

New challenges and new ideas are known to be the lifeblood of any company that sets its gaze on the horizon, but sometimes even the horizon is not enough, you need to turn your eyes and ambitions…. skyward. Because of this reason, at the completion of a thrilling challenge in the railway sector, in the late ’90s EFFETI has just looked up at the sky and decided with enthusiasm to undertake a new and ambitious adventure: manufacturing 400Hz power generators, commonly known by the acronym GPU (Ground Power Units), for the delivery of electricity to AIRCRAFTS

2000s
Providing power to the monsters of the sky has been anything but a simple challenge and, although the company boasts an outstanding curriculum in the power generators sector, aircrafts were without a doubt among the greatest adventures on which it has embarked
After the first GPU (Ground Power Units) prototypes launched in the airport market in 1999, in the 2000s EFFETI gradually but steadily conquered increasingly important slices of the market, therefore becoming over time one of the leading suppliers of this type of product both in civil aviation and for the military.
Designing, manufacturing and marketing products for use in airports required hard work, but in the end the company has been rewarded with great success: the long years spent playing with such a difficult business have increased the know-how of EFFETI people, who have improved the already good knowledge on generating sets to the highest standards.

After the sky and the sea…
During the same period EFFETI ventured in the market for on-board auxiliary power units designed for use in the marine sector.

This new project, carried out in collaboration with a major manufacturer of diesel engines based in our territory, has involved the full electrical and mechanical expertise of the two companies and – as a final result – ushered in an on-board auxiliary power generator with incredible performance and a very compact size that is well suited for installation and operation on medium and large vessels.
Today the on board auxiliary power generator manufactured by EFFETI is a very popular product, which is widely used not only in civil shipbuilding, but also in the military, given its suitability to be installed on board of patrol boats, military vessels and destroyers in the light of its distinct ergonomic advantages.

TODAYI
With fifteen years of experience in the aviation industry, EFFETI has managed to become established as a major GPU (Ground Power Units) supplier to almost all Italians airports, for both civilian and military use

With Giuseppe’s sons Daniele and Davide Tartari at the helm aided by their collaborators, who contributed over the years to the growth of the company, today Effeti, in addition to continuing the production of power generators for the most important Italian companies in the railway, marine and airport sectors, is also able to ensure scheduled or emergency maintenance for all the machinery in use at the customer’s site. Its assistance is rapid and long-range and made EFFETI a reliable partner to the point of entering into long-term agreements with large businesses in many Italian airports, the Italian Army and the National Railway service.

TOMORROW
After consolidating the basis of its market on the national territory, EFFETI is working on the objective of expanding on foreign markets, exporting its products and strengthening a viable local service network in foreign markets in order to offer all foreign customers a comprehensive service in terms of product quality and after sales.

EFFETI has already established a sales and service support network in Southeast Asia and Russia, and the first results of these efforts have began to show. 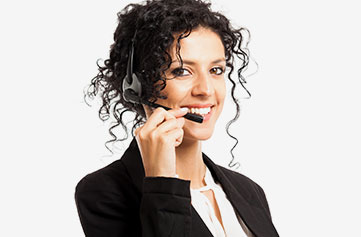 For EFFETI customers the importance of service quality weights, when choosing our products, as much as the price of the product itself. For this reason over the years EFFETI has set up differentiated after-sales service support with two types of assistance:
1. STANDARD: ordinary maintenance package for the years following the purchase.
2. EMERGENCY: fast response, with intervention at the customer's site. 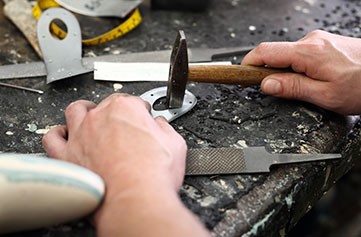 Effeti designs and manufactures customized power solutions in the form of power generators for the most important Italian companies in the railway, marine and aviation industries.

In addition to the well-established production of power generators for the most important Italian companies, the EFFETI team takes care of the scheduled or emergency maintenance of all machinery used by its customers. 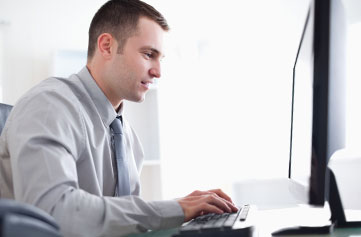 Effeti has been ISO 9001 certified since 1998.
The company has always ensured consistent quality levels in its products.
When an act was passed in 1995 requiring all suppliers to state agencies to obtain the ISO 9001 certification, EFFETI had its existing standards approved within a short time: procedures, testing, audits in the production line were consolidated business practices even before certification was required by law